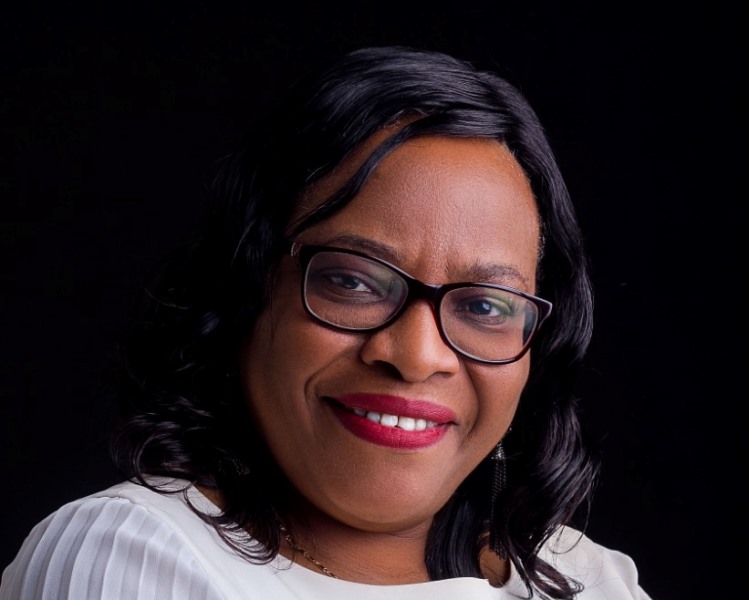 Tinuade Olufolabi (Mrs.) is the Principal, Maple Canadian College, Lekki-Lagos. In this interview she details how the MCC is responding to the growing global demand for the increasing Nigerian students studying in Canada and other top global institutions, particularly by leveraging the Ontario Secondary School Diploma (OSSD) solution. The OSSD is a globally recognized certificate that allows students gain admissions into universities worldwide.

Tinuade Olufolabi: The Canadian High School Curriculum provides a new generation of learners with technology-enabled and transformative learning experiences increasing access to world-class education that enables kids to decide their future and reach their full potential as global citizens. The OSSD is a credit-based certificate in which students acquire and accumulate credits from Grade 10 to Grade 12 or SSS 1 to SSS 3 in order to graduate from high school and get admission to universities and colleges. However, the WAEC, IGCSE, JAMB, Checkpoint, and other one-sitting tests are high school exit exams that assess a student’s secondary school education failure or success only in Grade 12.

Are There Any Similarities Between British Curriculums such as IGCSE and A-levels and  the Canadian Curriculum?

Tinuade Olufolabi: In my opinion, there are a few similarities in content but the A ‘level curriculum is a more complex examination and lasts for 2 years while the IGCSE O-Levels, in and of themselves, will not qualify a student for entry into a Canadian college or university, because the IGCSE O-Level is roughly equivalent to Grade 11 (and the Canadian secondary system finishes with the successful completion of Grade 12). The OSSD is a Grade 12 university preparation programme that has a duration of 10 months so students who complete the IGCSE O’Level are eligible to enroll for Grade 12 and receive their diploma.

What Qualities Should Students Who Attended High School Education In Nigeria Imbibe When Furthering Their Education in Canada?

Tinuade Olufolabi: Certain fundamentals, in my experience, must be unlearned and relearned by students. These include, but are not limited to, the following:

Students who are able to uncover these abilities will ultimately thrive in their preferred worldwide tertiary institutions.

How Valuable Is The OSSD For Parents And Students Who Are Interested In Canada?

Tinuade Olufolabi: Access to a top-notch education is one of the greatest gifts parents can give their children. Raising a child who can firmly assert their place in a world that is becoming more globalized is not an impossible goal. It’s extremely likely, however, to make that goal a reality, you must take concrete steps. Giving your child the opportunity to graduate in Nigeria with an Ontario Secondary School Diploma (OSSD) is one approach to achieve this. The OSSD is one of the most generally recognized high school diplomas, and it is officially recognized by all major colleges worldwide.

Kindly Shed More Light on The OSSD and What It Offers International Students?

Tinuade Olufolabi: The Ontario Secondary School Diploma (OSSD) is accepted by universities and colleges worldwide. The Canadian Ontario Secondary School Diploma (OSSD) has consistently ranked as one of the top university programs worldwide, having been built on sound and proven best practices, with quality assurance and academic rigour at its core. It provides students access to the best universities in Canada, the USA, Australia, the UK and other European countries; with a variety of scholarship opportunities.

It is rated as equivalent to the International Baccalaureate Diploma (IBDP) and Advanced Level (A ‘Level). Every student participating in the OSSD program is recognized by the Canadian Ministry of Education and so has the privilege of obtaining an Ontario Education Number (OEN) and having a file created for them by the Canadian Ministry of Education. The one year of OSSD also counts toward the required number of years for applying for a resident permit in Canada.

International students who attend OSSD courses would not feel as disconnected as they would at a university or college in England, Australia, or the United States because Canada has a similar education structure to their western counterparts. Because the mathematics and scientific curriculum in Canada is comparatively straightforward compared to the same grade-level curriculum in other countries, international students have a more level playing field to compete with local Canadian students.

Students holding the OSSD have a better chance of receiving scholarships from premier universities throughout the world. They are more easily admitted because studying for the diploma acquaints them with international education systems and ensures that they will not struggle to fit in.

Tell us about Maple Canadian College and the Unique Value the College Offers?

Tinuade Olufolabi: The Maple Education Group and its partners founded Maple Canadian College (MCC) in 2019. It was established to allow Africa’s brightest and greatest students to study in Canada and other world-class universities. Through its flagship university preparation program, which prepares secondary school students for successful university studies and outstanding professional careers at universities and colleges around the world, MCC students will have a one-of-a-kind, world-class educational experience in Nigeria and will graduate ready to take on the world.  MCC has outstanding 21st-century learning facilities, including panoramic views of the Lekki Peninsula, as well as cutting-edge classrooms, labs, and study areas for all enrolled students.

Today, Maple Canadian College (MCC) students can compete with the best in the world. MCC’s one-year University Pathway Program is primarily intended for recent secondary school graduates and students who have finished IGCSE/SS2/Grade 10, 11, and 12 who wish to study in Canada or at top global institutions. Students will graduate from Rosedale Academy with an Ontario Secondary School Diploma (OSSD), a globally recognized ticket to the world’s best institutions and colleges.

MCC’s pedagogical program is built around three design principles: Innovative Teaching, More Time to Learn, and Every Student Every Day. Interested persons can reach us @https://maplecc.ca/. Our design principles represent our belief in the importance of hard work, creativity, and consistency in academic performance, as well as our confidence that students schooled in Nigeria may achieve learning outcomes comparable to equally gifted kids in the world’s most advanced economies.

Describe The Story of Growth, Milestones, and Achievements of Maple Canadian College since inception?

Tinuade Olufolabi: The story of triumph over adversity is all too familiar to Maple Canadian College.  Because the COVID-19 lockdown occurred just as the first set was wrapping up their program, our first batch had their graduation ceremony electronically. During this period, the possibility of closing the school loomed large because Management was unsure whether there would be any new pupils. Surprisingly, the school increased enrollment numbers in the midst of a global epidemic, and despite all of the difficulties that academic year brought, every single one of the students was accepted into universities abroad and the students garnered over $600,000 in scholarships.

The number of graduates increased to 46 during the second year. Olaoluwayimika Olugbenle, the president of the student council and valedictorian, was one of the winners of the first edition of the “Rise” program.

The “Rise” program is the centrepiece of a $1 billion pledge by former Google CEO Eric Schmidt and his wife, Wendy, to uncover, develop, and promote worldwide adolescent talent working in service of others. Schmidt and Wendy have a net worth of $23.1 billion, according to Forbes. Following an extremely tough selection process that included 50,000 applications from around the world, 500 finalists, and a rigorous interview, Olaoluwa was chosen as one of 100 winners from 42 nations with interests ranging from judicial reform to biodiversity.

Olaoluwa was awarded a complete college scholarship to any university of his choice, as well as stipends, mentorship programs, and access to other winners.

He also received a laptop from the Schmidts and was able to attend a free three-week summit with his peers in South Africa. He was also given the opportunity to apply for graduate scholarships and startup funding to help him launch his social enterprise.

In the third year, student enrollment increased to 56, and additional success stories surfaced. Tovie Owei, the student council president and valedictorian, applied to ten universities. She was accepted to all of the universities and won more than $400,000 in scholarships.