If I were to pick up your phone right now, there’s a very good chance that I’d find Spotify among your apps.

It is, after all, the world’s most popular streaming service, with 433 million users (188 million of whom are paid subscribers) in 183 countries. Since its launch in 2008, it’s transformed the way the world listens to music and helped launch the careers of artists around the world.

And if you use Spotify, you’re probably also aware that it’s expanded from just music streaming into podcasting, with some 4 million podcast titles joining its library of 82 million songs. But did you know that it’s also a powerful advertising platform with a growing focus on the African continent?

Any brand that’s serious about expansion, particularly in high-growth markets such as Nigeria, simply cannot afford to ignore it.

The pros of radio, plus more

In order to understand what makes Spotify such an appealing platform for advertisers, it’s worth first reminding ourselves of the strengths offered by traditional radio. In general, for example, radio ads are more cost-effective than other forms.

You can also get away with increased frequency, meaning that your message is more likely to stick.

Spotify offers all the benefits of radio advertising, plus more. With growing numbers of people listening to digital audio streaming every day, you’re guaranteed an active and engaged audience. At the same time, you’re also reaching them while they listen to what they love. And because Spotify’s targeting options are so advanced, your brand can reach specific people based on age, gender, music genre, and playlist.

Unlike radio, Spotify guarantees 100% completed listens in its reporting. It can also provide metrics around which type of audience engaged with your ad and a companion banner which allows users to click through to a webpage.

The streaming service is an innovator in the advertising space too. Its 3D audio feature, for instance, allows brands to provide premium quality advertising through an immersive, dynamic, and sensory audio experience. As a result, listeners don’t just hear an ad, they feel it.

But Spotify offers more than just audio ads. It also allows brands to reinforce their messages with high-impact display and video ad formats.

Spotify video ads are actually the best performing in the industry as they had to be built for viewability. The ads are 100% viewable, and 100% audible and Spotify only charges for 100% completion.

Making an impact in Africa

It’s also worth pointing out that Spotify is seeing significant levels of growth across Africa. While the streaming service has been available in South Africa since 2018, its real expansion into Africa only came in early 2021, when it launched in an additional 40 countries.

But just a year after launching in Nigeria, the number of artists streamed per user had grown by 60%, and Nigerian music fans had created 1.3 million user-generated playlists. Additionally, nearly 21 000 songs had been added to the platform, placing Nigeria as the country with the second most streams after Pakistan in the new markets, with Kenya third in the ranking.

That growth isn’t likely to slow down anytime soon either. According to Statista, music streaming revenues in Nigeria are expected to show an annual growth rate of 12.61% between 2022 and 2027.

It’s also worth noting that penetration in the overall streaming market currently sits at just 4.1%.

With an additional 35 million Nigerians set to come online by 2026 (all of whom will be hungry for the consumer experiences that come with affordable and ubiquitous access), Spotify looks primed for significant growth.

That comes with obvious growth benefits for advertisers, especially when you factor in that 39.6% of music streaming users are in the medium-income group. As Nigeria’s economy continues to grow, that income group will become larger and more valuable.

Partnering with the experts

Brands looking to utilise Spotify as a marketing platform don’t have to go in blind either. By working with experts that have specialist teams, they can get the most out of their campaigns.

The right partners will also offer advertisers price transparency, ensuring that they get advertising on the platform at the most affordable rates.

In doing so, they can ensure that they always reach the right audiences at the right time, with the right message. Moreover, with Spotify they’re reaching people during the moments they love. And that’s always incredibly valuable for any marketer. Small wonder then that Spotify is seen as the most trusted ad platform among consumers. Factor in the brand safety it offers and you have a winning combination.

A culmination of factors

Ultimately then, Spotify represents the culmination of a number of factors that should be of interest to anyone with a media budget that needs to be spent.

And as Africa, and Nigeria in particular, that combination of engaged active audiences, the ability to target specific audiences, and innovative advertising products will only become more important. 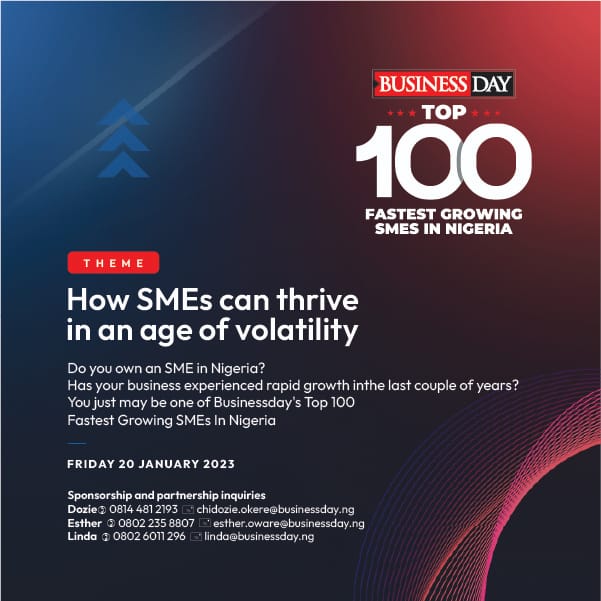