Showmax has partnered with the Nigeria Railway Corporation to reward customers travelling home from Lagos to Abeokuta and Lagos to Ibadan; who subscribe to 3 months of Showmax, with a train ride courtesy of the streaming service.

In the same vein, Showmax also launched a partnership with Cowrywifi; operators of Wi-Fi services on the Lagos state BRT service. 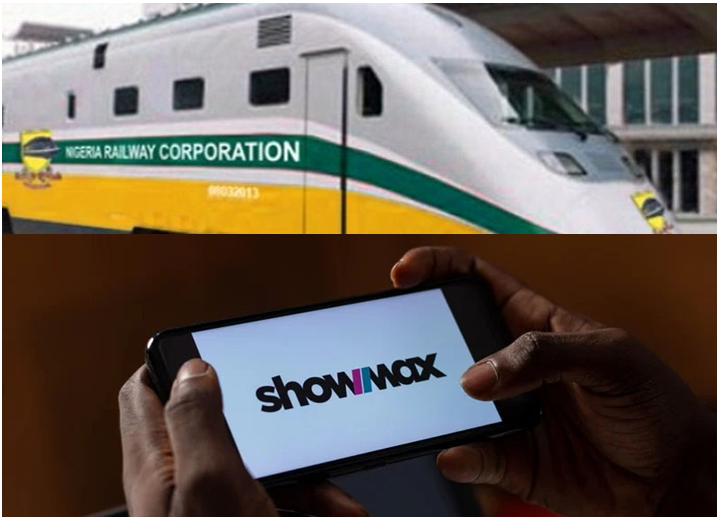 The partnership will see passengers enjoy their next 3 rides on the streaming service upon signing up on Showmax at N1,200 using their Cowry Bus card wallet to pay.

Speaking on the move, Showmax Nigeria General Manager, Ope Filani said “The festive season is about sharing and spending time with loved ones. This is why we are excited to partner with the Nigeria Railway Corporation and Cowrywifi to reward customers with train and bus rides on us and enjoy the best of entertainment on-the-go as they journey to reunite with their loved ones.

The streaming service also launched its first limited series, Diiche. Also, in the line-up of exciting content released this year was the Tola Odunsi-directed series, Flawsome, as well as Crime and Justice Lagos. Showmax also streamed all 64 matches of the FIFA World Cup Qatar 2022.

“Our offerings include a variety of content ranging from Showmax Nigeria Originals to award-winning international series, sports and kids’ content, no one in the family is left out,” Filani added.

In the spirit of the festive season and in celebration of a stellar year, earlier in the week, Showmax launched its Have a Showmax Festive campaign featuring a host of Showmax Nigeria Original stars including Chioma Ikokwu from The Real Housewives of Lagos reality TV series, Bisola Aiyeola, Ini-Dima Okojie, Sharon Ooja and Enado Odigie from Flawsome, Daniel K Daniel from Diiche and Folu Storms from Crime and Justice Lagos.

The campaign was aimed at communicating the need for people to show up for their loved ones, while highlighting the things that make the season special.

Showmax is an African streaming service that offers an extensive entertainment catalogue, which includes HBO Emmy-winning fan favourites such as Euphoria, The Handmaid’s Tale, Succession, Game of Thrones and its prequel House of the Dragon; Showmax Nigerian Originals including Crime and Justice Lagos, Flawsome, Diiche and Journey of the Beats; kids’ shows; local and international movies; and Africa Magic originals.

With the FIFA World Cup Qatar 2022 concluded, Showmax Pro subscribers can continue to live stream the rest of the 2022/23 football season matches from the English Premier League, LaLiga and Serie A, courtesy of SuperSport.

Showmax can be streamed using apps for smart TVs, smartphones, tablets, computers, media players and gaming consoles, with data management tools like the bandwidth capping feature that allows subscribers to choose the setting that best suits their budget.

With a wide variety of content to stream across various interfaces and at pocket-friendly rates, it’s set to be a Showmax festive.

DCTS: 3000 New Products from Nigeria are Duty Free for Export to UK

Why Danbatta was Named Vanguard’s Regulator of the Year