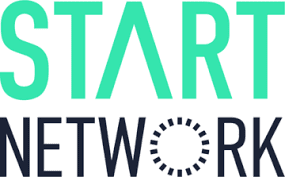 Start Network, through the Start Fund, has disbursed GBP £250,000 across frontline interventions aimed at curbing further spread of the Ebola virus in Uganda.

These measures, coordinated by our members and their partners, include safeguarding school-going children, running awareness campaigns and the provision of hand washing facilities in public places in Karamoja. Members are also extending preventive mechanisms to other vulnerable populations in Northern sub-regions.

To date, 135 Ebola cases have been confirmed with 53 associated deaths reported; inclusive of healthcare workers, on whom the virus has meted a heavy toll.

Mubende district is the most affected, reporting 54.7% of all confirmed cases. The other affected districts are Bunyangabu, Kagadi, Kassanda, Kyegegwa, Wakiso, and the capital, Kampala.

Most identified cases are currently being diagnosed after five days of symptoms, which infers that people have most likely already spread the virus unknowingly.

There is a high risk the death toll could increase, and the government has projected 500 fatalities by April 2023.

Start Network, with presence in over 80 countries across five continents, activated the Ebola anticipatory alert in early November 2022.

Catholic Agency for Overseas Development (CAFOD), a Start Network member,&nbsp; will be leading the concerted efforts to curb the spread and fatalities of the Ebola outbreak.

CAFOD and partners will focus on Karamoja and Northern Uganda to prevent the heightened risk of spread over the holiday period; a time when schools are closed and where travel and human interaction increase.

Communities targeted by intervention measures still contend with hunger as a result of the recent drought and cascading impacts of COVID-19. An Ebola outbreak within this population would therefore be catastrophic and must be curbed early, to minimise death and hospitalisation within these regions, or the possibility of spread into neighboring countries.

In a statement by Robert Cruickshank, CAFOD’s Senior Emergency Response Manager, “The Ugandan government and the WHO have acted speedily to control the outbreak however, any Ebola outbreak has the potential to have deadly consequences for communities across the country, if preventative action was not taken quickly. As we have seen with previous Ebola outbreaks: inaction, public misunderstanding and insufficient supply of medical equipment and personnel can be disastrous. This is why early action is so critical, as it not only prioritizes using existing, trusted community structures like schools, churches and mosques to raise awareness of the symptoms of the disease, but also in preventing its spread through improved hygiene, Personal Protective Equipment (PPE) and access to trained medical professionals.”

He added, “At CAFOD, through our partners, we’ve enacted a programme to raise awareness of the symptoms of the disease and how to prevent infection, whilst ensuring communities have access to trained medical staff and improved hygiene”, he said.

Current funding and resources are being directed to districts where there are already confirmed cases and this assistance is primarily in the form of Personal Protective Equipment (PPE) and training for key health workers.

The planned interventions are jointly being delivered by local governments and NGOs to ensure that they are effective, appropriate and fulfil the mandate of raising awareness.

“Caritas Kotido Diocese has been very helpful in ensuring we sensitize our communities on disease outbreaks, from COVID-19 and now Ebola. I thank you for involving all structures, LC1S, VHTs, S/C’s, health facilities and the district task force in the program. I am confident the communities will receive the message because of the effective project planning. I assure the team of our full support to prevent Ebola spread in Karamoja and Uganda,” says the District Health Officer (DHO) of Karenga District.

The Karenga community leader, Ocailap Geoffrey says – “We are not saying that Ebola is amongst us here and in the communities, but we are preparing ourselves to handle any situation in case it appears. We thank Caritas Kotido Diocese for the support. We appreciate you as the first partners to come out in the fight against this anticipated outbreak. We assure you of the district’s support. I am organizing a team comprising of myself (RDC), LC5, DHO, DPC and DISO for community sensitization and barazas to ensure the Ebola message reaches the communities in Karenga district.”

Is Loan Financing the Best for Startups?

Why Danbatta was Named Vanguard’s Regulator of the Year