The Lagos State government announced on Thursday that its ecosystem for tech startups received $1.5 billion in investment in 2021, with fintech being the most alluring sub-sector.

At the ongoing technology conference, Art of Technology 4.O in Lagos, Olatunbosun Alake, Special Adviser to the State on Innovation and Technology, made this announcement.

The Eko Innovation Center organizes The Art of Technology Lagos (AOT), an annual tech conference for the purpose of co-creating and developing solutions and policies that would accelerate the development of a smarter Lagos.

The event had in attendance stakeholders from the technology industry, legislators, venture capital firms, and startups. The conference continues tomorrow, 9th December 2022. 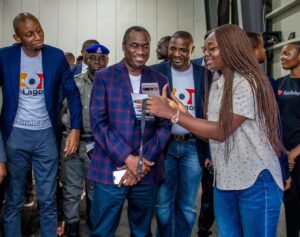 Olatunbosun said Lagos had a more than 120% rise in venture capital inflow between 2019 and 2021, which led to nearly $1.5 billion in investments for various firms in that year alone.

“Therefore, with a total of roughly $1.7 billion and 1.5 in Lagos State, that set a record in Nigeria. That illustrates Lagos’ scale and significance as an ecosystem.”

According to the volume of completed deals, he claimed fintech is the top startup investment capital in Africa. However, because the financial sector already has established policies in place, added takes the lead.

He went on to say that 107 technology startups raised $750 million in funding in Lagos alone in 2022. 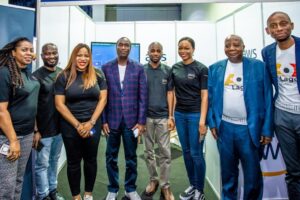 The Lagos State government has been doing many things to encourage and ensure the ecosystem is right for this investment, he said.

Tech startups have also been at the forefront of hiring some of the talents across the country.

” So, what we are seeing is that different startups employ between 20,000 and more people across the innovation sector, and that is a significant number.

“A lot of these talents employed are in very deep technical work such as AI application development, and different areas, product management, cybersecurity, health, tech, and different sectors. So that’s quite a significant number. But as we go on you will see why this number needs to increase,” he said. 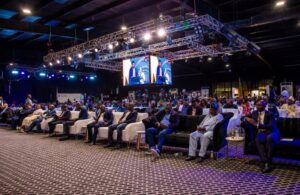 Similarly, the Lagos State Deputy Governor, Dr. Kadri Obafemi Hamzat disclosed that the State has attracted over one billion dollars in Data Centre Investment in the past year.

In addition, the Deputy Governor said the State records over 2000 startups creating and contributing value, all of these points to an open and enabling environment for the growth and proliferation of entrepreneurial activity within the technology ecosystem.

Now, what are some of the enablement levers? What has been making Lagos State the number one startup capital?

Dr. Hamzat claimed that for decades, Lagos has served as the hub of economic and technological development in Nigeria, as was evident during the telecommunications boom of the early 2000s. As is well known, the majority of technology and telecom companies in Nigeria have their headquarters in Lagos.

The environment allows them to operate the entrepreneurial environment on the open support for technology and form this administration’s enhanced focus on innovation in the effort to produce value production for this ecosystem, not because Lagos is the only place that can do so.

The various initiatives or implementations included in the Lagos State Innovation and Technology Master Plan serve as evidence of Lagos State’s participation. 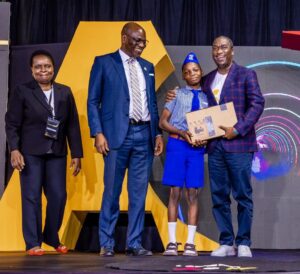 “We are able to identify areas that need to grow, access, talent development, the inclusion of male, female and so on and so forth.”

According to him, the strategy was unveiled at the first The Art of Technology conference. The several strategic pillars in the master plan cascade the various tactical efforts.

In his view, Olatunbosun said the State has tech hubs and co-working spaces that have been doing quite a bit incubate to accelerate this sector, the startups in this sector.

“We have the university initiatives. I think we have the Vice Chancellor of the University of Lagos, who is a strong proponent of innovation.

I think one of the first innovation activities that I attended when I got into this office was at UNILAG. So, our universities have been contributing to, the growth of this ecosystem as well.”

He said local and foreign VC investments are also enablers and drivers of the ecosystem.

Is Loan Financing the Best for Startups?

One thought on “Tech Startups in Lagos Attracted $1.2b Capital Investments in 2021”

How ChatGPT will Influence Cybersecurity